Over the past month in Romania, as COVID-19 cases rise to their highest rates in three months, the situation for migrants living in the city of Timișoara is getting dire, as the government-run camp is routinely overcrowded and the city streets fill with those who have nowhere else to go.

Leaked photos from inside the camp show sleeping areas crowded with mattresses on the floor, the walls riddled with mold. In the hallways, bathrooms and kitchen areas, grime covers every available surface. The photos were published on the Facebook page of Dreptul la Oraș (The Right to the City), a local anarchist-leaning group.

Ahmad, a 19-year-old Afghan asylum-seeker living in the Timișoara camp, sleeps with 15 other men in a room designed for eight, conditions he says are repeated in the majority of the camp’s 24 sleeping rooms. “The situation is so bad I want to leave this country as soon as possible,” Ahmad says. (His name has been changed for his safety.)

While arrivals fell dramatically last year in well-known European transit countries such as Greece, asylum applications increased by 137 percent from 2019 in Romania, largely outside the spotlight. Aid workers on the ground in Timișoara say the migrant and refugee population there has been increasing in recent months, as difficult conditions in Serbia push people back east towards the Romanian city, which is close to the Serbian border.

“With the Croatian and Hungarian borders being militarized, it seems Romania is the only route for people heading to Europe,” says Flavius Ilioni-Loga, the coordinator for LOGS, a local humanitarian organization providing aid to migrants.

Some 3,000 people entered Romania in the last quarter of 2020, which saw over 6,000 asylum applications, UNHCR said in emailed comments. In addition to those registered in the camp, local humanitarian groups estimate some 200 people sleep on Timișoara’s streets or in abandoned houses, most of them single men and unaccompanied minors from Afghanistan as young as 11.

Most migrants are arriving from Serbia, where despite an impressive vaccination rollout, COVID-19 cases are skyrocketing, reaching 476 infections per 100,000 inhabitants on April 3. Since November, Romanian immigration authorities have considered Serbia a ‘yellow zone,’ meaning all migrants arriving from there must be placed in a precautionary quarantine.

The Timișoara city government quickly opened a quarantine center in a former high school dormitory. Since the center’s opening, some 2,000 people have passed through, but fewer than five have tested positive for COVID-19, says Ilioni-Loga from LOGS. Local authorities responsible for the center did not respond to requests for comment.

Asylum-seekers say conditions in the quarantine center are relatively good. Rashid, a Pakistani asylum-seeker now living in the Timișoara camp, recently stayed there after arriving from Serbia. He says people slept six to a room—far fewer than in the camp—and describes the building as “nice” and “clean.” His only complaint was that he often received food only once a day. No one tested positive for the coronavirus while Rashid was housed there.

Conditions are very different in Timișoara’s migrant camp, which is growing more crowded as people released from quarantine are sent there. Ahmad, the Afghan asylum-seeker, says that the population doubled from 150 people before the March 8 lockdown to some 300 a few days later.

“The increased arrivals and the mandatory 14-day quarantine inevitably added pressure on both the asylum system and reception capacity leading to overcrowding and subsequently, deteriorating conditions in the Timisoara [camp],” Gabriela Leu, a spokesperson for the UN Refugee Agency (UNHCR) in Romania said in emailed comments.

The facility has grown so crowded in recent weeks that unaccompanied minors (UAMs) have been accommodated in the same living spaces as single men, Leu acknowledges, adding that UNHCR has “advocated with authorities to find an appropriate solution as quickly as possible.” Ahmad and Rashid both expressed concern that young boys were housed in the same place as grown men.

The Ministry of Internal Affairs, which operates all six camps in Romania, did not respond to requests for comment, but Ilioni-Loga from LOGS says that three months ago the Timișoara facility had only 50 beds. Now, it has 250. He estimates some 1,000 people have passed through the city each month since last October on their way to Western Europe.

“How are we supposed to keep up?” Ilioni-Loga asks.

As the camps grow more crowded, asylum-seekers living on the streets find themselves unable to re-enter. Migrants who are absent from camp for more than three days (in an attempt to cross the border, for example), “ will be considered as absconding and formally evicted from the center,” explains Leu, the UNHCR spokesperson.

Photos and videos from a large squat near the camp, in a derelict former school, show the absolute squalor in which some 60 people are living, according to Ahmad. Of the 60, some 15 to 20 are unaccompanied minors. Ahmad points out several boys that are 10, 11 and 12 years old, traveling with a cousin, a friend, or entirely alone. He says most of these men and boys once had camp IDs, but they are now expired.

Rashid, the Pakistani man, says that officers regularly hit migrants for minor infractions, such as entering the camp too late at night or talking on the phone in the security office.

A representative from the ICAR foundation, an NGO which provides medical services in Romania’s refugee camps, says that “no violations against the asylum seekers were registered” by staff. However, due to budget constraints, ICAR currently has only one doctor on staff in the Timișoara facility, who works one day per week and is expected to care for several hundred people. Ahmad says he has tried to visit the doctor several times and never was able to.

As the situation grows more dire in Timișoara, some are taking bigger risks to make it to Western Europe. This week, Rashid will pay a smuggler to pack him into a truck heading, he hopes, to Italy. Four migrants died and ten were injured last month when a truck in which they were hiding overturned on a Croatian highway.

Going by truck is a dangerous game, but Rashid knows and accepts the risks. “I will try at night,” he says. “I am not scared.” 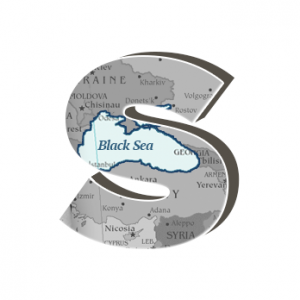 Lucy Papachristou is an American freelance journalist currently based in Bosnia-Herzegovina.